Chelation Therapy can be a safe and effective way of removing unwanted toxins and materials from your body. 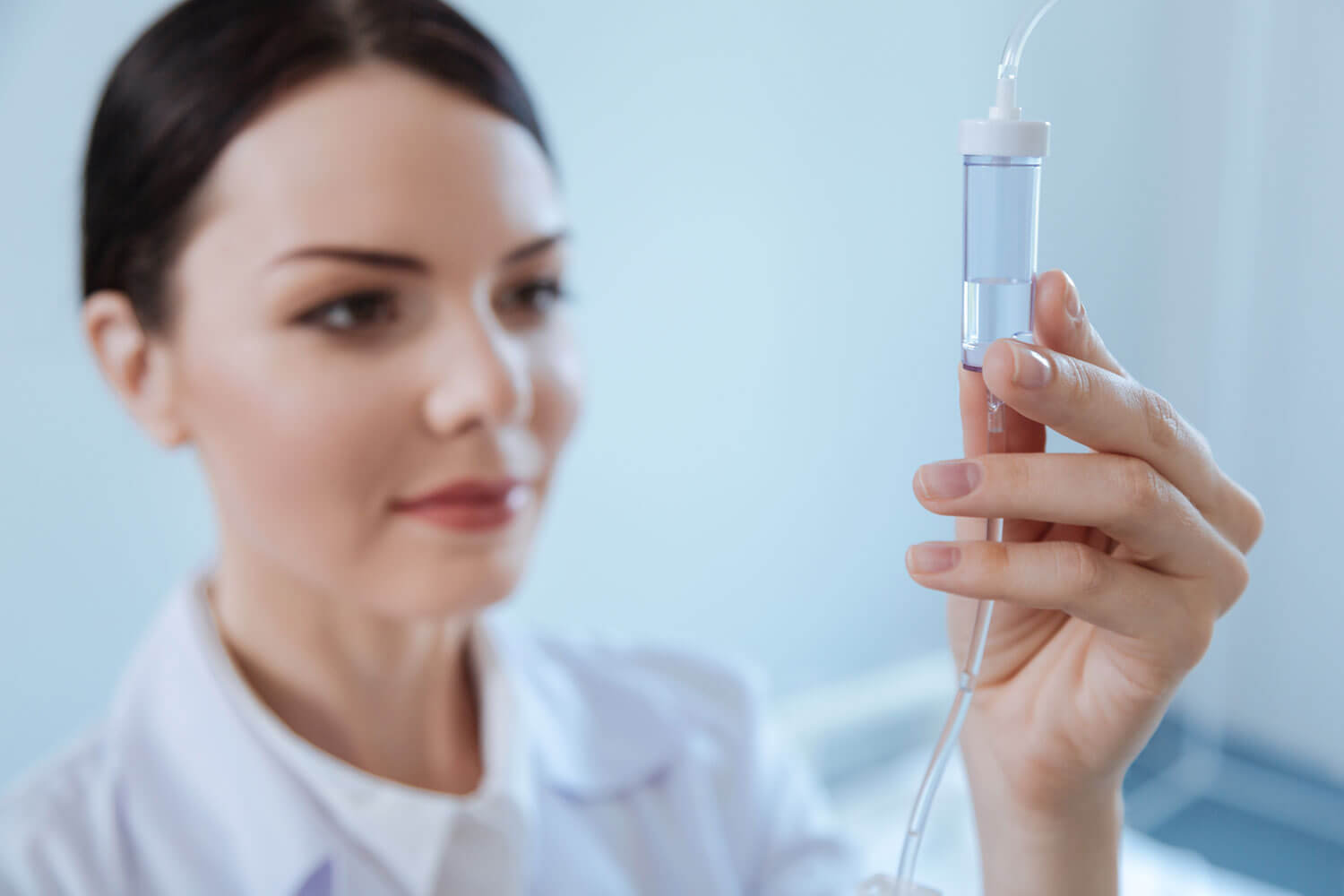 Chelation Therapy can be a safe and effective way of removing unwanted toxins and materials from your body. Our Chelation Therapy program is offered to patients suffering from a wide range of diseases and conditions including heart and vascular disease, diabetes, poor circulation, high blood pressure, high cholesterol, metal toxicity, and more.

When administered properly by a trained physician, Chelation Therapy is a safe and natural therapy. It has been used successfully for over 50 years. Metals are removed, plaque is dissolved throughout your entire circulatory system and blood flow is restored. It may reverse atherosclerosis, lower cholesterol levels, and blood pressure, and help to prevent heart attacks and strokes! And yet, your cardiologist will never tell you about it!

What is Chelation Therapy?

EDTA (Ethylenediamine Tetra-Acetic Acid) is a remarkable arterial cleansing agent with the ability to effectively remove the plaque, cholesterol, and heavy metals which congest, restrict, and impede blood flow and oxygen throughout the 75,000 miles of blood vessels within the body.

It’s an amino acid with a composition very similar to common vinegar. It was synthesized in the 1930s and first used in intravenous injections as a vital treatment for people who had been exposed to toxic levels of lead, mercury, aluminum, and cadmium. Following these initial uses, patients who were suffering from angina and coronary artery disease symptoms dropped dramatically. This prompted the first studies to discover the other therapeutic effects of EDTA, principally in atherosclerosis and other heart diseases.

With 50 years of results and thousands of confirming studies, articles, and reviews, EDTA has been proven to be a safe and incredible treatment that has already been used by over 2 million patients.

EDTA binds molecules (called chelation) such as metals, minerals, and free radicals and eliminates them from the body through urination.  There are two theories for why chelation therapy is effective. One theory is EDTA binds to free radicals (highly active molecular fragments that can cause inflammation, damage tissue and the lining of the heart and blood vessels). The other theory is that EDTA binds to calcium and other minerals in the plaque and bloodstream.  In the same way that an eggshell dissolves in vinegar EDTA will take calcium and other clogging materials off your arteries and washes the debris out through the kidneys. This results in a series of actions that improve cellular and vascular health.

When an individual undergoes chelation therapy, the EDTA is thought to improve clogged arteries and blood vessels by making them more open, pliable, and flexible by reducing inflammation and plaque density. This therapy may improve blood circulation which in turn lowers blood pressure and improves cardiovascular and vascular disease. Chelation therapy with EDTA may also help with diabetes and osteoarthritis and helps people with memory loss and cataracts because it clears the heavy metal toxins from the bloodstream.

Clinical experience with EDTA chelation therapy has convinced thousands of licensed physicians in North America that it is a safe and effective treatment for an atherosclerotic vascular disease as it consistently improves blood flow and relieves symptoms associated with the disease in greater than 80% of the patients treated.

There are over 3,000 research studies, papers, and articles supporting the efficacy of EDTA Chelation Therapy over the past 50 years. There’s not much on the medical landscape this well documented. Many are referenced at the end of this report and hundreds more are indicated for review at other websites.  These medical studies were conducted by many of the world’s most highly respected medical institutions.

How Does Chelation Therapy Work?

EDTA is an amino acid in which the central atom (usually a metal ion) is attached to neighboring atoms by at least two bonds in such a way as to form a ring structure. Chelating is the process in which the metal ion reacts with another molecule to form the chelate.

The therapy can be understood simply as the removal of calcium deposits (from your arteries where you don’t want them) and other harmful minerals and heavy metals that promote blood clotting and atherosclerosis. Since these harmful deposits are also known to cause excessive free radical production, EDTA chelation also functions as a powerful free radical buster protecting cell membranes, DNA, enzyme systems, and lipoproteins from the destructive effects of these ravenous molecules. Some experts believe that the primary benefits of chelation are due to its free radical-fighting effects. Perhaps one of the most compelling, but often overlooked, explanations for chelation’s anti-aging, energizing effects is that EDTA “resuscitates” your cells’ mitochondria. Mitochondria are the “power plants” of every cell in the body — the site in which the energy-producing ATP is generated. Without ATP, life cannot exist. Loss of mitochondrial function has long been considered to be one of the primary causes of the aging process.

Roto-Rooter is another metaphor for conventional medical treatments for heart disease, all of which are closely tied to the concept of the cardiovascular system as plumbing. When a pipe/artery gets clogged, simply ream it out or flatten the deposits (angioplasty). If that doesn’t work, just cut away the bad sections and replace them with a new piece of pipe (coronary artery bypass graft, or CABG). CABG, known affectionately in the medical profession as “cabbage,” is the most frequently performed surgery in the United States. At $100,000 per procedure, that’s definitely a lot of “cabbage” not only for cardiac surgeons but also for hospitals. These figures provide a powerful incentive for physicians to reject an effective, but inexpensive and unpatentable treatment like EDTA chelation.

Is Chelation Therapy Right For Me?

Chelation therapy has also been successful in treating the following conditions:

In 1955, research conducted at Providence Hospital in Detroit, Michigan, found that EDTA dissolves “metastatic calcium” i.e. calcium that has been deposited where it is not wanted, namely arteries, joints, kidneys, and even the bones in the inner ear. Chelation therapy appeared to be a powerful antidote and preventative against atherosclerosis, arthritis, kidney stones, and otosclerosis (hearing loss related to the calcification of the bones in the ear)

The first systemic study of EDTA in people with atherosclerosis was published in 1956. Twenty patients with confirmed heart disease were given a series of thirty EDTA treatments intravenously. Nineteen of the patients experienced improvement, as measured by an increase in physical activity and in another study conducted four years later. A similar group found that three months of EDTA infusions caused decreases in the severity and frequency of anginal episodes, reduced use of nitroglycerin, increased work capacity, and improved Electrocardiogram results Since these early studies, hundreds of papers have been published on the favorable effects of chelation therapy in a variety of chronic diseases.

There have been two massive meta-analyses of published and unpublished studies evaluating the results of over 24,000 chelation patients. The results: 88 percent of the patients demonstrated clinical improvement.

One other study included 92 patients who were referred for surgical intervention. At the end of the study, only 10 required surgery either during or after their chelation therapy. In another study of 2,870 patients with various degrees of degenerative diseases, especially vascular disease, almost 90% of the patients showed excellent improvement. In one small, controlled crossover study of patients with peripheral vascular disease, results showed significant improvements in walking distance and ankle/brachial blood flow.

In one study, 65 patients on the waiting list for CABG surgery (for a mean of 6 months) were treated with EDTA chelation therapy — the symptoms in 89% improved so much, they were able to cancel their surgery. In the same study, of 27 patients recommended for limb amputation due to poor peripheral circulation, EDTA chelation resulted in saving 24 limbs.

It soon became clear from these and later studies that EDTA treatments result in progressive and widespread improvement and stabilization of cardiovascular function. This is in contrast to standard treatments, such as angioplasty or CABG, which instantaneously restore normal function in the few treated arteries, but leave the rest of the body completely untreated (there’s every reason to believe that if arteries are clogged in the heart, they’re also clogged in other vital organs, like the kidneys and brain). High-tech treatments for heart disease, such as angioplasty and CABG, long hailed as medical breakthroughs, are in fact, oversold, overpriced, and ineffective, especially when compared with EDTA chelation. The truth of this assertion has been demonstrated on numerous occasions over the last 2 decades:

The average mortality for CABG surgery is 4% to 10%. In fact, CABG has no overall effect on improving survival. According to one study published in the New England Journal of Medicine, “As compared with medical therapy, coronary artery bypass surgery appears neither to prolong life nor to prevent myocardial infarction in patients who have mild angina or who are asymptomatic after infarction in the five-year period after coronary angiography.” By contrast, mortality rates for EDTA chelation, when carried out according to accepted protocols, approaches 0%.

Grafted coronary arteries are more than 10 times as likely to close up again within 3 years compared with coronary arteries that are not replaced with a graft. Improved blood flow following EDTA chelation therapy is permanent as long as regular EDTA therapy (either oral or I.V.) is maintained.

The most recent study was funded by the National Institutes of Health with lead researcher, Gervasio Antonio Lamas, M.D.  Dr. Lamas is the chief of cardiology at Columbia University Division of Cardiology, Mount Sinai Hospital.  Dr. Lamas received his BA in Biochemical Sciences (cum laude) from Harvard College and his MD with honors (AOA) from New York University. He completed his internship, residency, and cardiology training at the Brigham and Women’s Hospital (Harvard Medical School, Boston MA), and then served on the faculty of Harvard Medical School.  I think his CV and credentials would give the critics of chelation pause!

Dr. Lamas described his epiphany on chelation therapy in a similar way that Utopia Wellness’s Dr. Garcia experienced it.  The following excerpt was reported by James Hamblin of The Atlantic.  You can read his article in its entirety at http://www.theatlantic.com/magazine/archive/2014/10/there-is-no-alternative-medicine/379342/:

One day in 1999, a disheveled man (Lamas describes him as resembling Lieutenant Columbo, but with heart disease) came to Mount Sinai asking whether chelation therapy was worthwhile. “Of course not,” Lamas told him. “That’s quackery. It might be dangerous, it’s certainly costly, and it’s not going to do you any good.”
But that night, Lamas found himself dwelling on his dogmatic response. “It’s not like I had a class on chelation therapy,” he told me, his eyes closing as he smiled. On the windowless walls of his office hang his Harvard degree, a certification of training from Boston’s prestigious Brigham and Women’s Hospital, and one of his many New England Journal of Medicine articles—his past work includes seminal research that changed how cardiologists use pacemakers. Earlier in his career, he said, researching an alternative-medicine practice never would have crossed his mind. In Miami, though, the culture is more “open-minded.” So he called up the National Institutes of Health and set about procuring the funds to get to the bottom of his Columbo dilemma.  He succeeded and the study was funded.

The randomized double-blind study was conducted between 2003-2010 on 1,708 adults aged 50 and older. Study participants had suffered a heart attack six weeks or more before enrollment.  The results proved EDTA chelation therapy is clinically significant and safe for patients with cardiovascular disease and diabetes.  Dr. Lamas stated in his findings that this statistically significant improvement should be further studied to determine if chelation therapy should be routinely offered for cardiovascular disease.

I have seen marked improvement in high blood pressure, angina, leg cramps and diabetic leg ulcers as well as improvement in mental alertness and memory due to improved blood flow to all areas of the body.
– CARLOS M. GARCIA, M.D.