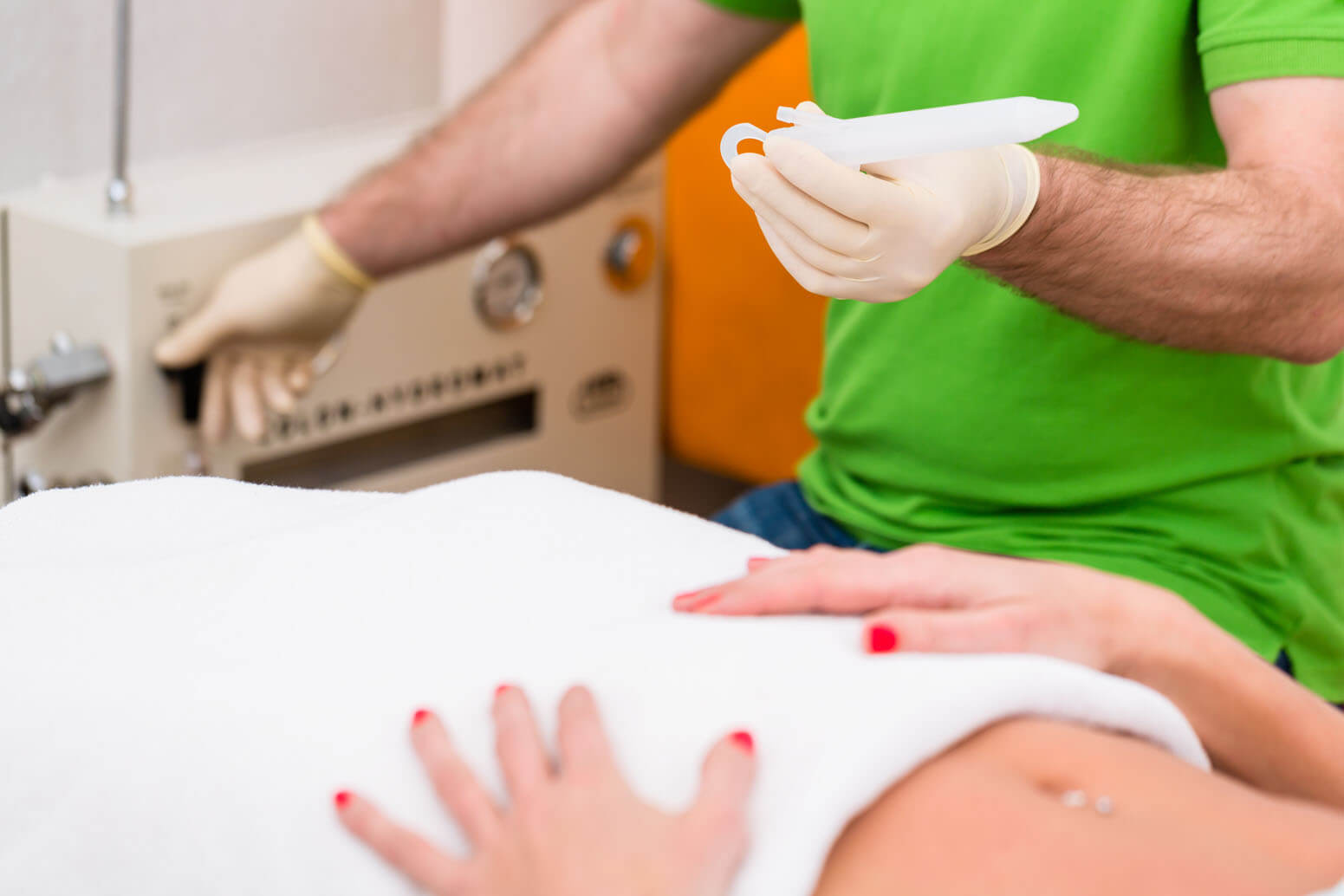 This is the ongoing joke among my patients when I open up the dialogue about coffee enemas as a chief tool to recuperating their health. As a colon hydrotherapist, it is my job to coach and educate my patients on the time honored medicine of colon cleansing (dating back to the Egyptians), as it lays the foundation for good health throughout the entire body. This article is based on my experience listening to testimonials from thousands of patients, experience with my own coffee enemas, and research that I have sought out in the last six years working at Utopia.

Before we delve into coffee enemas, it is necessary to clarify why the flushing of the colon and bile is so imperative to our health. The colon is in charge of processing waste (98% of which is toxins) from our food and body via the secretion of bile. Bile breaks down consumed fats in the small intestine, and attaches itself to toxins, so the toxins can be excreted. In fact, it is recycled many times before exiting through the stool, so it becomes very concentrated with toxins. This is why we feel so much better right after a bowel movement- we can actually feel relief from the toxic release! When the colon becomes sluggish and congested with old stool and bile, the liver does too.

While colon hydrotherapy bathes this organ clean with warm purified water, the coffee enemas purge the liver by activating glutathione, our body’s number 1 anti-oxidant. Coffee enemas release 700% more glutathione than the body’s normal, natural function. As a result, 700% more toxins than normal evacuate the body, thereby speeding up the detoxification process tremendously. How is this possible? Because palmitic acid is the base for glutathione in the body and coffee is full of palmitic acid. The acids and caffeine travel across the gut wall, through the portal vein via the hemorrhoidal veins, and into the liver. In addition, the caffeine opens up the gallbladder ducts facilitating bile to flow even more.

These two therapies in conjunction work synergistically as a tag team effort: colonics removing the built up residual fecal matter, and coffee enemas removing toxins throughout the liver and blood such as heavy metals, fungi and viruses. The two have a powerful detoxifying effect on the body and mind.  However, the internet will have you believe otherwise.

Below are some of the main points that conventional medicine propagates which undoubtedly spreads confusion and fear:

“There’s no scientific evidence that proves or disproves that coffee enemas are helpful to treat any medical condition. Evidence for or against the use of coffee enemas is mostly anecdotal.” (1)

On the contrary, there is scientific evidence from a University of Minnesota study proving that palmitic acid increases glutathione levels by 600-700%. (2)

Coffee enemas, like taking an aspirin or any other medicine, is potentially dangerous. There are only a few reasons why you shouldn’t do a coffee enema, such as electrolyte imbalance, congestive heart failure, and actively bleeding hemorrhoids, which is why you can discuss it with your integrative or holistic doctor to see if you are a good candidate. If your integrative or holistic doctor does not agree that colon therapy is beneficial, he or she will likely not support coffee enemas.

Out of the thousands of patients I have worked with, I have only heard two negative side effects: first, inability to sleep because too much coffee was administered or enema was taken too late at night, and second, abdominal cramping. The first side effect is quite common in patients who are sensitive to caffeine. In this case, doing a coffee enema in the morning solves this problem. The second side effect is extremely uncommon because caffeine relaxes the smooth muscle in the large intestine. Many of my patients diagnosed with colitis find that coffee enemas relax cramping significantly, and that it was the only time they could find relief.

If the insertion tube is lubricated and inserted gently into the rectum, and the coffee is administered at a temperature close to body temperature, there is no reason why there should be any discomfort during the enema. The bowel will feel full at worst, as if a bowel movement is necessary.

Individuals should not do coffee enemas or colon hydrotherapy if they have low electrolytes because enemas remove electrolytes. After performing an enema, it is recommended to drink eight ounces of coconut water (because it contains sodium, potassium, calcium, magnesium, and phosphorus) in order to replace the lost electrolytes, along with a green juice, in order to provide vitamins and minerals for the body.

In my profession I have witnessed the vast majority of my patients yield positive outcomes than have the handful of negative ones. In fact, I have seen countless patients confess to their surprised enjoyment of their coffee enemas, something that they initially looked upon with dread and even disgust. A patient recently reported to me that after her sinus surgery she was astounded that the inflammation and pain drastically reduced after her coffee enemas. When my patients return for maintenance at Utopia, it is typical that they mention how much they are enjoying their coffee enemas and how much better they feel in general when they do them. While so much fearmongering has been cast upon a well-documented medical therapy, one must indeed question the intent behind this misinformed action.