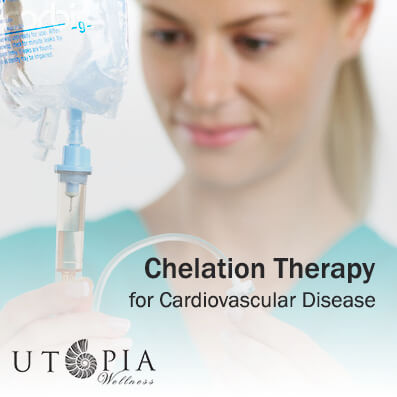 Utopia Wellness and Carlos Garcia, M.D. have been offering Chelation Therapy successfully and safely to patients for over 20 years.  These patients suffer from heart disease, strokes, diabetes, high blood pressure, high cholesterol and more.  In the past, critics of this valuable therapy cited the lack of scientific double-blind studies showing the therapy is efficacious and safe. Groups such as the Quackbusters are all over the internet calling doctors that offer the therapy, unethical, frauds, quacks and lunatics.  The doctors that offer this life-saving therapy are well aware of the benefits and are willing to face ridicule, humiliation and renouncement from their peers in order to help their patients.  These doctors would love nothing more than to see a double-blind study conducted to hush their critics and make chelation therapy more widely available to patients.  The challenge has been, however, who would fund this study?

Most double-blind studies are conducted by Big Pharma seeking to obtain FDA approval for a new drug.  They possess the substantial resources necessary to conduct the studies and will do so because they stand to gain enormous returns on their investment.  EDTA which is used in chelation therapy is a readily available and inexpensive amino acid whose patentability expired long ago.  No one stands to financially gain from conducting the study (except the patient).  Enter Gervasio Lamas, M.D.

Dr. Lamas described his epiphany on chelation therapy in a similar way that Utopia Wellness’s Dr. Garcia experienced it.  The following excerpt was reported by James Hamblin of The Atlantic.  You can read his article in it’s entirety at http://www.theatlantic.com/magazine/archive/2014/10/there-is-no-alternative-medicine/379342/

One day in 1999, a disheveled man (Lamas describes him as resembling Lieutenant Columbo, but with heart disease) came to Mount Sinai asking whether chelation therapy was worthwhile. “Of course not,” Lamas told him. “That’s quackery. It might be dangerous, it’s certainly costly, and it’s not going to do you any good.”

But that night, Lamas found himself dwelling on his dogmatic response. “It’s not like I had a class on chelation therapy,” he told me, his eyes closing as he smiled. On the windowless walls of his office hang his Harvard degree, a certification of training from Boston’s prestigious Brigham and Women’s Hospital, and one of his many New England Journal of Medicine articles—his past work includes seminal research that changed how cardiologists use pacemakers. Earlier in his career, he said, researching an alternative-medicine practice never would have crossed his mind. In Miami, though, the culture is more “open-minded.” So he called up the National Institutes of Health and set about procuring the funds to get to the bottom of his Columbo dilemma.  He succeeded and the study was funded.

The randomized double-blind study was conducted between 2003-2010 on 1,708 adults aged 50 and older. Study participants had suffered a heart attack six weeks or more before enrollment.  The results proved EDTA chelation therapy is clinically significant and safe for patients with cardiovascular disease and diabetes.  Dr. Lamas stated in his findings that this statistically significant improvement should be further studied to determine if chelation therapy should be routinely offered for cardiovascular hydisease.